Social media is a key indicator of NIL earning potential. But it’s not easy to be great. To win, athletes need access to creative talent, great content, expert education, and benchmarks of where they stand and where they want to go.

Athletes are influencers regardless of the sport they play or how successful they are at that sport. What makes you different is what makes you a brand.

Name, image and likeness rights are also frequently called and individual’s right to publicity. College athletes can now accept money from businesses in exchange for allowing the business to feature them in advertisements or products. Athletes are also allowed to use their own status as a college athlete to promote their own public appearances or companies for the first time.

Previously, athletes forfeited those rights as part of the terms of signing their scholarship agreements. That will no longer be the case.

Don't just take our word for it

See what others have to say about Varsity Six

"I can’t think of a more effective service for athletes to begin building their personal brand."

"If you are an athlete that wants to take your personal brand to the next level then Varsity Six are the go-to service. Athletes are brands too!"

"From consultation to creative concepts, then design, Varsity Six made the entire brand development process fun and exciting to be a part of. I’m proud of my personal brand"

"Absolutely loved my brand designs by Varsity Six. The team has helped me take advantage of my NIL opportunity and monetize my brand." 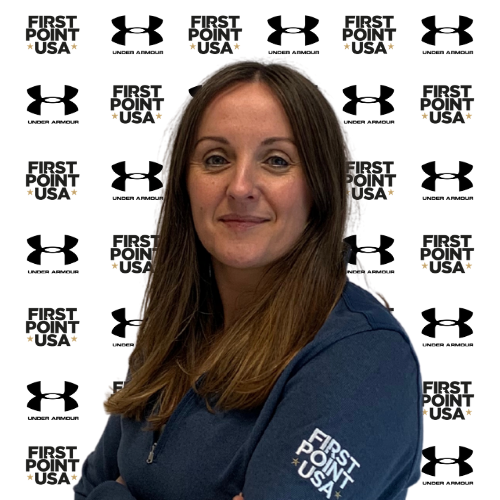 "We’ve used Varsity Six to help three of our sons develop their brands, understand their NIL value, and manage the endorsement process from start to finish. Worth every penny!"

The First Six Months Of NIL

Best Practices: Communicating with Athletes and Planning in advance

The sports marketing industry will soon undergo the single most dramatic change in its history, when college athletes are finally granted the right to monetize their Name, Image and Likeness

If allowed to monetize their names, images and likenesses (NILs), those athletes could capitalize upon annual earning potentials of at least $50,000, if not potential revenue that would be in the mid-to-high six figures for the most marketable college athletes.

While much of the national conversation surrounding student-athlete name, image and likeness (NIL) has centered around big deals at the NCAA Division I level, everything certainly applies to the Division II and Division III models as well.

Name, image and likeness rights are also frequently called an individual's right to publicity. College athletes will be able to accept money from businesses in exchange for allowing the business to feature them in advertisements or products. Athletes also will be allowed to use their own status as a college athlete to promote their own public appearances or companies for the first time.

All Americans have the right to sell their NIL. Previously, athletes forfeited those rights as part of the terms of signing their scholarship agreements. That will no longer be the case.

What could you earn? According to ESPN, it is estimated that a typical NCAA athlete could be able to earn anywhere from $75,000 to $100,000 annually from their NIL; whilst also estimating that an All-American athlete could earn anywhere between $500,000 to $2 million per year in social media endorsements.

The majority of US states that have laws in effect that dictate how college athletes can profit from their name, image and likeness. The NCAA & NAIA has instructed individual colleges in states that do not have a law in effect yet to craft their own policies based on loose guidelines that are designed to prevent pay-for-play deals and payments that are used as recruiting inducements.

No. Most new state laws and the NCAA rules explicitly prohibit colleges from paying athletes directly for the use of their NIL or for any other purposes.

Yes. All state laws and NCAA rules allow athletes to hire professional help in the form of lawyers, agents and tax professionals and others. Those new relationships come with a major caveat, though. Agents can help with NIL deals. Their contracts can't stipulate that the agents would represent the athlete in future negotiations if they turn pro.

The NCAA does not have any rules that restrict boosters from paying athletes as long as those payments are not directly for their athletic performance or an inducement for recruiting purposes. Some new state laws address booster involvement in different ways, and some might need further interpretation before it's clear how involved boosters can be in paying athletes in those states.

Some state laws restrict colleges from arranging deals for their athletes. The NCAA rules leave that decision up to individual colleges, but it warns that colleges need to be careful that they don't cross any lines into an area that could be considered paying the players or using NIL payments as a recruiting tool.

Yes. State laws and policies crafted by individual colleges create an inconsistent variety of restrictions for athletes depending on where they attend college. In some places, athletes can't endorse alcohol, tobacco or gambling products. Others have some restrictions on whether athletes are allowed to use college logos and other copyright material in any paid opportunities.

Most states and colleges also prohibit athletes from signing any deals that conflict with the college's sponsorship agreements. For example, a basketball player on a team sponsored by Nike would not be allowed to wear Adidas shoes during games. However, in most cases, that athlete could promote a non-Nike shoe company during times when not playing games or participating in other team activities.

Most state laws provide a time frame in which athletes need to share the details of any potential NIL deals with the college. In some states, the college needs to approve of deals ahead of time. The NCAA rules don't specifically require that athletes report their deals to colleges, but it's likely that most colleges will create policies that require some form of disclosure.

The push for NIL rights gathered steam in 2019, when California passed a state law making it illegal for its colleges to ban athletes from making money. During the past two years, lawmakers in roughly two dozen other states have passed similar laws to make sure their colleges weren't at a disadvantage in recruiting top talent. Due to lobbying from local colleges and the depth of understanding each state legislature has about the nature of college sports, those lawmakers took different approaches to regulating the new marketplace.

The NCAA hoped Congress would help it pass a federal law that would create one consistent standard for all college athletes, but members of Congress have yet to agree on what should be included in a national law. The NCAA is concerned that the organization would face legal challenges due to antitrust violations if it creates its own set of NIL restrictions without the backing of a federal law. So for now, any college located in a state without a law going into effect is responsible for making and enforcing its own NIL policy.

It's likely that Congress will pass some sort of legislation that allows for a uniform NIL standard for all college athletes across the country. Democrats and Republicans are divided for now on the scope of reform they want to include in a Congressional law. Republicans are pushing for a narrow law that only addresses NIL rights. Democrats want to make colleges provide increased medical coverage, academic benefits and the right for athletes to collectively bargain in the future.

NCAA leaders emphasized that the rule changes put into place for July 1 were a temporary solution while they attempt to find ways to provide more guidance in the future.

Athletes are anticipated to appear in national advertising campaigns; partner with brands to advertise through social media channels; start their own youth sports camps or teach lessons; launch their own businesses; sell memorabilia; make paid public appearances for speaking events or autograph signings; and use their NIL rights in a variety of other creative ways.

The top stars in college sports will have the opportunity to use their fame to sign deals worth hundreds of thousands of dollars, if not more. Others who have built a massive social media following also stand to make considerable amounts of money. But all college athletes will have opportunities for smaller amounts of money or to receive items or free meals in exchange for promoting local businesses. Experts are unsure exactly how much demand there will be for college athletes moving forward, but this story estimates the value of the types of opportunities that are now available for college athletes.

Maybe. Video games rely on group licensing deals to negotiate with large groups of athletes for their NIL rights. College sports still do not have unions, which typically negotiate group deals for athletes. While current NCAA restrictions don't expressly prohibit group licensing, it's unclear if future rules might try to prevent those kinds of arrangements. There are some companies that are working to find ways to form group licenses with college athletes without needing a union, and EA Sports has committed to bring back its popular college football video game at some point in the next few years with or without players being directly involved.

EA Sports issued this statement after the new NIL rules went into effect: "We are watching the recent developments regarding student-athlete name, image and likeness very closely. It's still very early stages at this point, and we plan to explore the possibility of including players in EA SPORTS College Football. For now, our development team is focused on working with our partners at CLC to ensure the game authentically showcases the great sport of college football and the more than 100 institutions signed on to be featured in our game."

It won't really. You will start to see athletes from your favourite colleges in local and national commercials. You might see some disputes develop between athletes and colleges as both groups try to sort through grey area created by the new rules. Many athletes and their advocates believe new NIL opportunities will provide increased opportunity for fans to interact with their favourite players and to learn more about who they are and what they are passionate about beyond their sport.